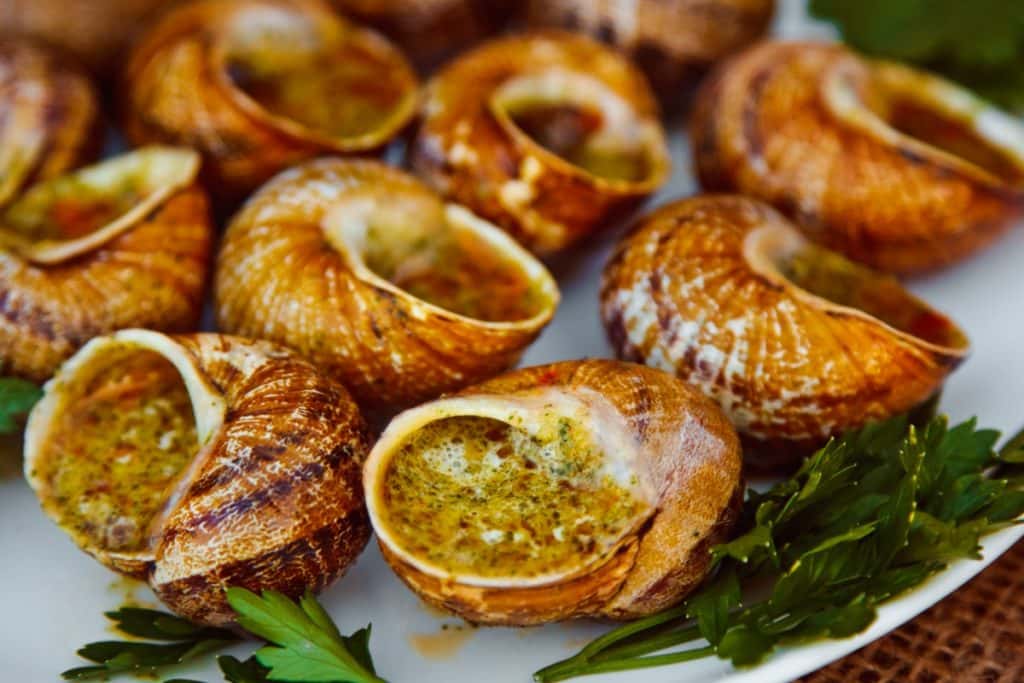 Escargot is definitely not for the faint of heart and some might say it is an acquired taste. However, escargot is in fact a French delicacy that is a staple in French cuisine.

Since prehistoric times, humans all over the world have consumed different kinds of animals for survival, and that sometimes included snails. In several parts of the ancient world including the Roman Empire, snails were part of their cuisine. In fact, they even farmed snails so there would be a huge supply to meet the demand. Heliciculture is the practice of snail farming for the purpose of earmarking them for human use, mostly as food. Snails are a huge industry for the restaurant business as they are considered a delicacy and seen in upscale menus. Nowadays, the dishes made with land snails are exclusive in many areas of France, Great Britain, and some other countries.

Escargot is cooked, edible snail typically served drenched in garlic and butter. Combined with its chewy texture, you get a flavor profile similar to mussels. They are typically removed from shells and then prepared before returning them to the shells for presentation purposes. The final dish is prepared by tucking the snails back into the shell and filling the shells with garlic butter and any additional herbs. Snails are essentially free of fat and high in protein, making it the perfect light appetizer or consumed with bread for a heartier meal.

If you're feeling adventurous come in and try our escargot dish paired with one of our white wines!